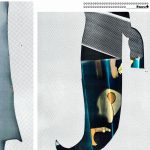 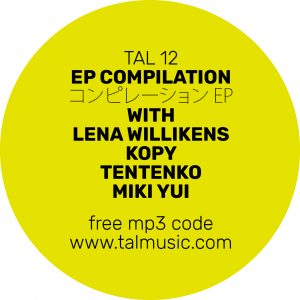 PAREDO presents new and exclusive works by three female japanese music producers: KOPY, TENTENKO and MIKI YUI who are based in Osaka, Tokyo and Düsseldorf respectively and a radical reinterpretation using elements of the featured works by Lena Willikens, the PAREDO MEGA MIX. All four contributions showcase their highly individual approaches to contemporary electronic dance music. Paredo is directly informed by multi-directional encounters of four musicians and their close observations of musical production and reception in practice.

In 2017 Lena Willikens and TAL founder Stefan Schneider have both, though independently from one another, been invited to Japan under the auspices of the Goethe Institut. While Schneider researched electronic noise music cultures in Osaka, LENA WILLIKENS and her artist partner SARAH SZCZESNY developed aspects of audio mix and filmed footage for their collaborational art project PHANTOM KINO BALLETT while in residency at Villa Kamogawa in Kyoto. „While in Kyoto, we often went to Osaka or Tokyo to explore the diversity of the music subcultures there. It was fascinating to witness how Japanese underground cultures adopt influences from abroad and turn them into something original and very much their own. We also saw live performances by KOPY and TENTENKO whom we quickly befriended.“

KOPY is a consistant part of the vital electronic music scene from Osaka. Besides a few performances at Düsseldorfs famous SALON DES AMATEURS, she has also been invited by LENA WILLIKENS to her showcase at the MEAKUSMA FESTIVAL in 2018.

TENTENKO begun to enter into the japanese music scene with a steady flow of experimental cdr productions as well as collaborations with members of the legendary japanese noise band Hijokaidan.

MIKI YUI originally from Tokyo has lived in Düsseldorf for more than two decades now. Besides albums of her solo work for LINE (US), or more recently, for Cusp Editions (UK) she also collaborates with Carl Stone in the duo REALISTIC MONK (on the Meakusma label) and was a member of Klaus Dingers last band JAPANDORF (Grönland Records).

LENA WILLIKENS who has a background in fine art, first honed her unique approach during a long residency at Düsseldorf’s Salon des Amateurs. Outside of the club, the Cómeme label was home to her first EP, 2015’s Phantom Delia. In 2017 she has released a remix of Kenyan singer OGOYA NENGO for the ON MANDE EP, TAL02. 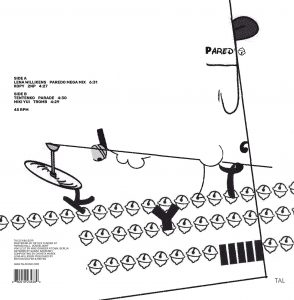